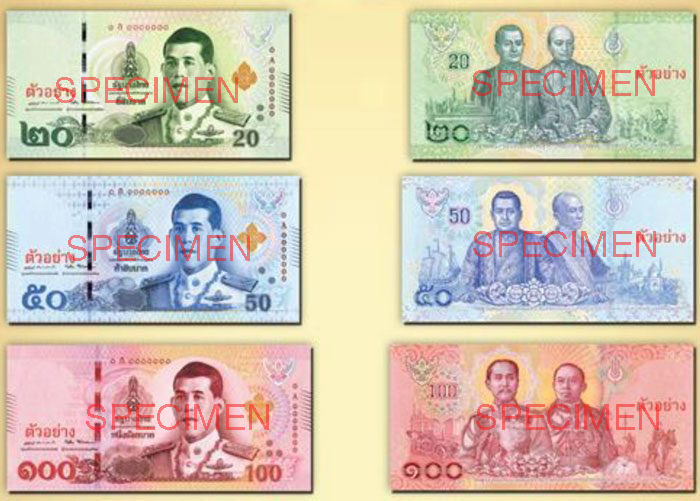 Bank of Thailand announced that the new family of notes with the portrait of King Maha Vajiralongkorn Bodindradebayavarangkun, Rama X, will be issued soon.

Denominations and colors are similar to the previous notes. All older Bank of Thailand banknotes remain legal tender.