Algeria – Controversy about use of English on new banknote. 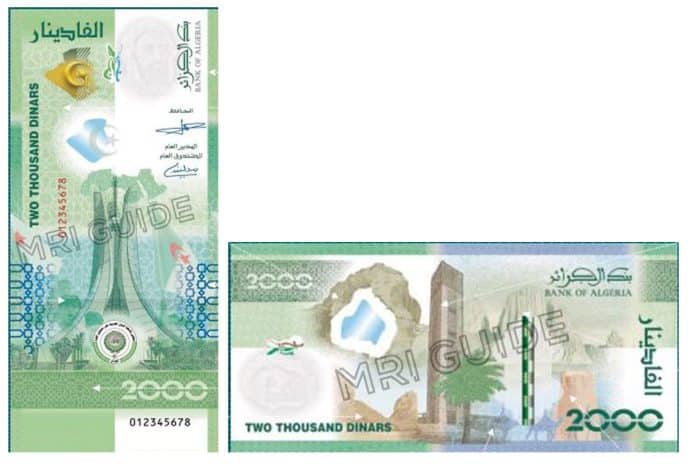 The use of English language in the new banknote commemorative of the 31st Ordinary Session of the Council of the League of Arab Nations (DZD2,000.3) recently issued has caused some commotion in the Francophone community.

Algerian colonial banknotes, and after Independence those of 1964 and 1970, used both Arabic and French. Since 1977 the French language was omitted. Now English was added on these commemorative notes.

Was it done to recognize one of the main languages used by the League of Arab Nations?

The answer to this question will be known when the other new banknote of 2,000 dinars (DZD2,000.2) commemorative of the 60th Anniversary of Independence is released.