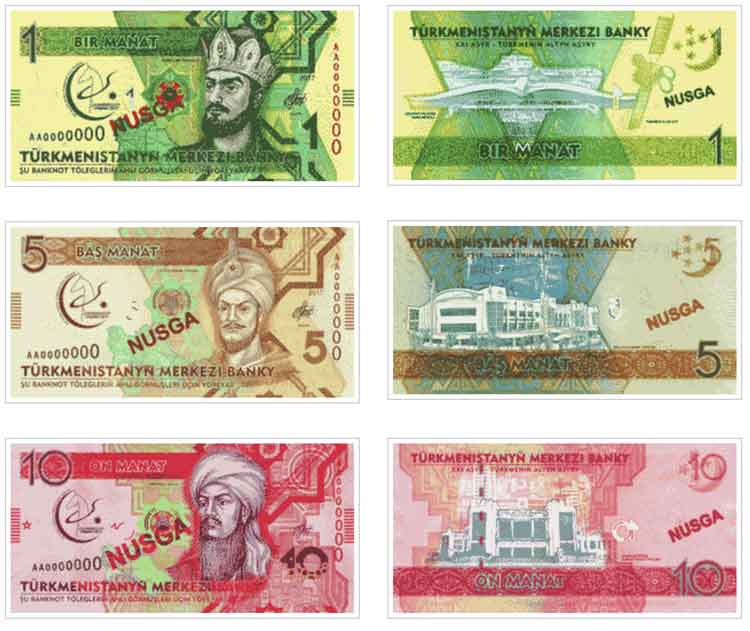 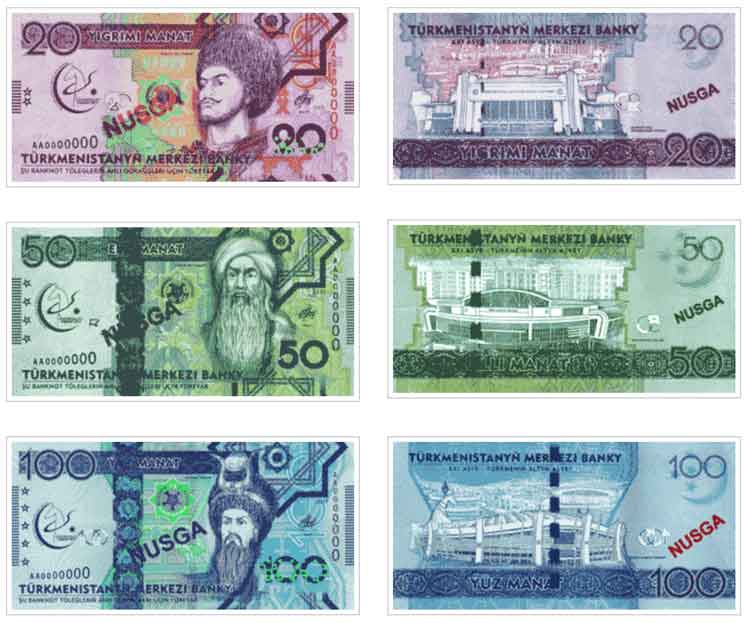 The Central Bank of Turkmenistan announced that it will issue a series of new banknotes commemorative of the 2017 Asian Indoor and Martial Arts Games, which will take place in Ashgabad from 17 to 27 September 2017. The front of the notes is similar to the current ones, with the addition of the seal of the Games. The back shows the new International Airport, the Artificial Satellite “Türkmen Älem 52°E”, and buildings erected in Ashgabad in honor of the upcoming games. Silver and gold commemorative coins will also be available.

Their MRI BANKERS’ GUIDE TO FOREIGN CURRENCY™ numbers will be