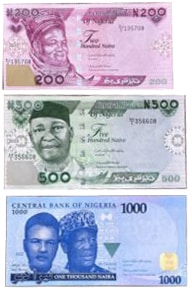 The Central Bank of Nigeria unveiled today the new banknotes to be issued on 15 December 2022.

The new notes are identical to the previous ones, except for the change of color. The same was done in 1984, when new notes were also issued with just a color change.

These are identified in the MRI BANKERS’ GUIDE TO FOREIGN CURRENCY™ with the numbers NGN200.2; NGN500.2 and NGN1,000.2 respectively.

The note of 100 naira, previously announced, was not included in the announcement.