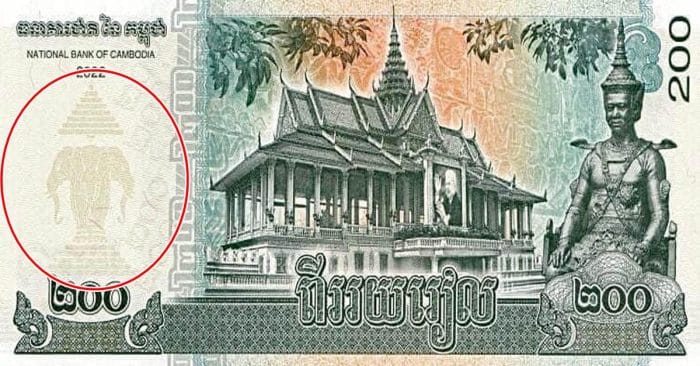 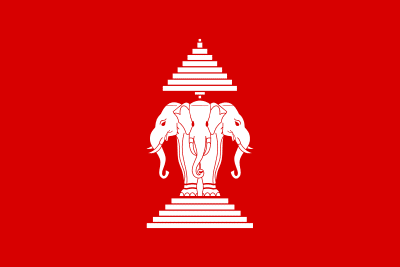 Laotians have expressed their confusion because the newly Cambodian banknote of 200 riels (KHR200.4) uses the three elephant heads motif, which was in the Royal Laotian flag from 1952 to 1972.

Before Laos became the Lao People’s Democratic Republic (Lao PDR) in 1975 the Kingdom’s flag was red, with a triple-headed white elephant standing on a five-level pedestal.

The three-headed elephant flag was used from 1952 until the fall of the royal government in 1975.

The three-headed elephant flag represented the ancient name of the country, “Land of a Million Elephants”.

This flag was adopted by the royal monarchy of Luang Prabang since the beginning of the 20th century under French rule, inspired by its similar flag (red flag with the single white elephant) in Thailand during that time.

The five-level pedestal represented the law on which the country rested.

The three headed-elephant represented three former kingdoms Vientiane, Luang Prabang, and Champasak which made up the country.

The nine-folded umbrella on top of the elephant is said to be a royal symbol, originating from Mt. Meru in the Buddhist cosmology.