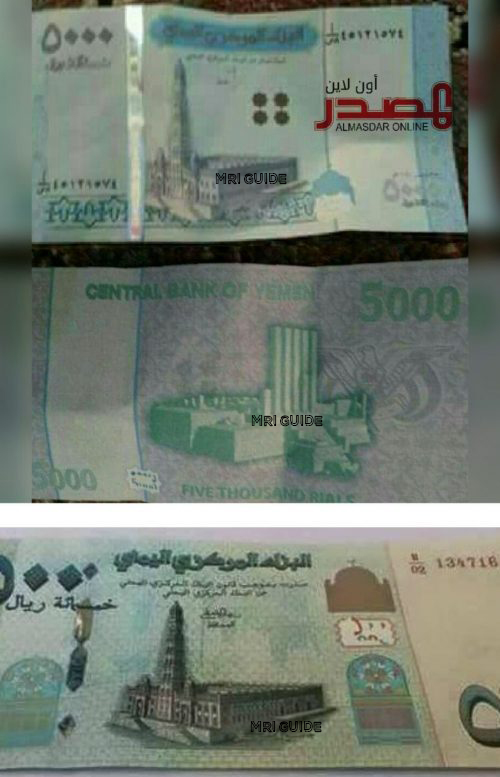 The Central Bank of Yemen in the Northern capital of Sana’a, under control by the Houthi rebels backed by Iran and Russia, has issued new banknotes of 500 and, for the first time, 5,000 riyals. Both were reportedly printed in Russia. Perhaps there are other denominations issued or planned. The legitimate government Central Bank moved from Sana’a to Aden in the South.

AlMasdar published on May 26 the article Tribal gunmen seize a truck carrying “Yemeni banknotes” in which they inform that a truck carrying 5,000 riyal notes belonging to the Central Bank controlled by the Houthi was seized by loyal tribesmen in al Rayyan desert east of al Jawf province. The article shows the front and back of the banknote.

ElNahar has published an article in which they show a fragment of a Russian printed note of 500 rials of the same general carachteristics of the abovementioned 5,000 riyals.

It is not know whether these banknotes will circulate in the Southern areas.

Published with the collaboration of Cleophas Schockem and the Yemeni Embassy in Washington D.C.