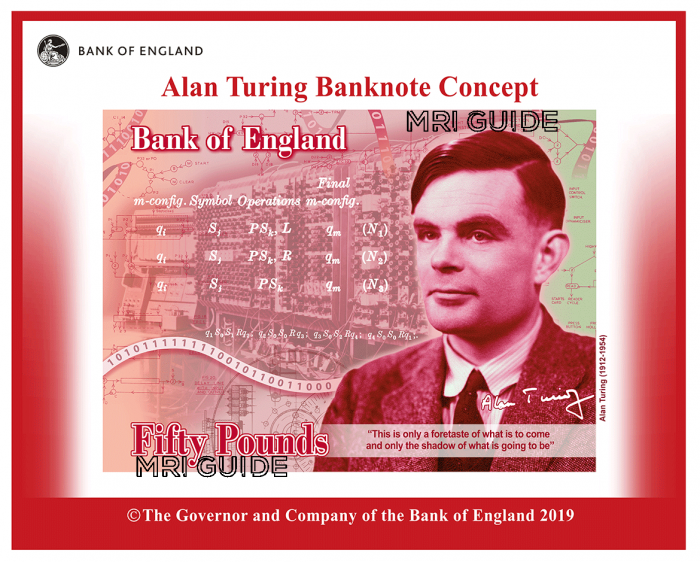 Mark Carney, Governor of the Bank of England, revealed that the new banknote of 50 pounds (GBP50.4) will have the image of Alan Turing, “an outstanding mathematician whose work has had an enormous impact on how we live today. As the father of computer science and artificial intelligence, as well as a war hero, Alan Turing’s contributions were far ranging and path breaking. Turing is a giant on whose shoulders so many now stand.”

His name was chosen by the Banknote Character Advisory Committee from 989 scientists proposed by 227,299 members of the general public