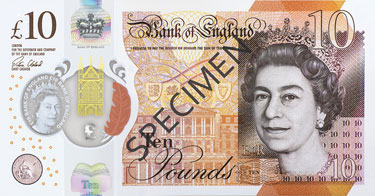 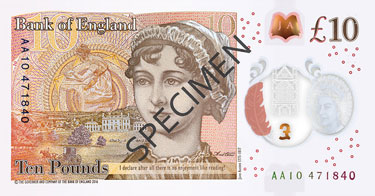 The Bank of England presented today its new polymer banknote of 10 pounds honoring Jane Austen on the 200th Anniversary of her death. The issue date is slated for September 14, 2017.

Notwithstanding the complaints about the traces of animal fat used in the making of the substrate on which the 5 pounds polymer notes were printed, these new notes also have it. Many people objected because of religious reasons, or because they are vegan.