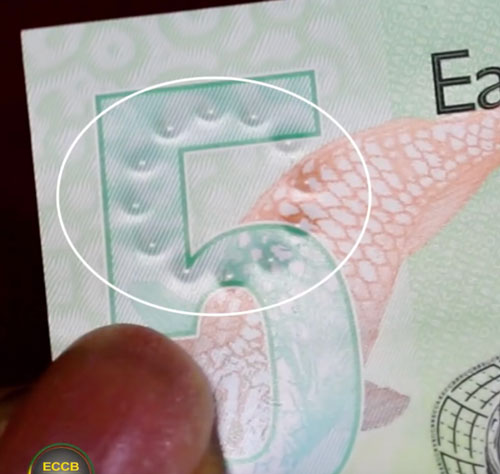 Mr Robert Humphrey, Acting Director of the Currency Management Department of the Eastern Caribbean Central Bank, provided in an interview useful details about the upcoming polymer banknotes to be issued soon.

The new notes will have blind friendly marks, with figures made of high relief dots. There will be a circle for the 5’s; an X for the 10’s; a rectangle for the 20’s; a triangle for the 50’s and a square for the 100’s.

He also indicated that an educational campaign is taking place to familiarize the public with the new notes, and their care, to extend their life.