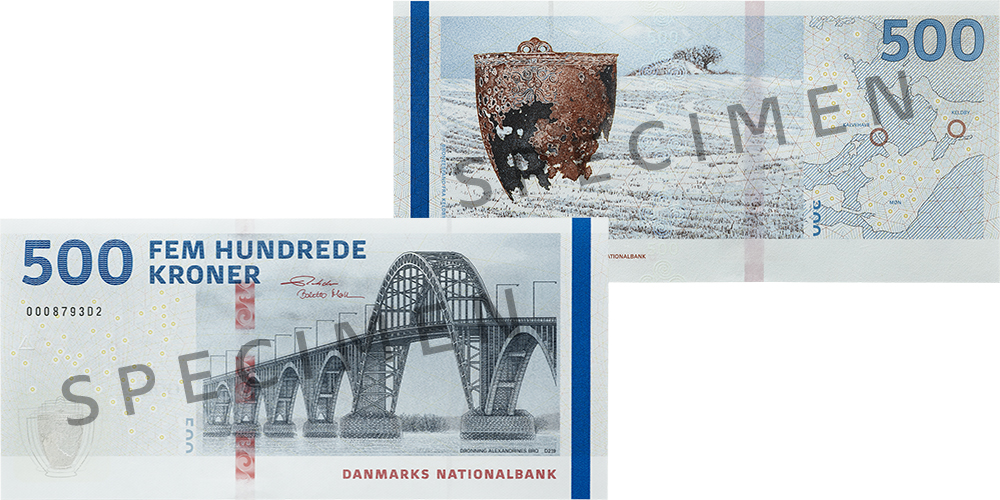 Danmarks Nationalbank announced today the issue of an improved banknote of 500 kroner (DKK500.7). Its design is slightly changed with respect to the current notes, and it has a wide reddish segmented security thread.

Because of the drop in the use of banknotes Danmarks Nationalbank has ceased to print its own notes. Instead these are now outsourced to Oberthur Fiduciairie.

This new note of 500 kroner has the following security features:

It also has the usual watermark, hologram and micro text.