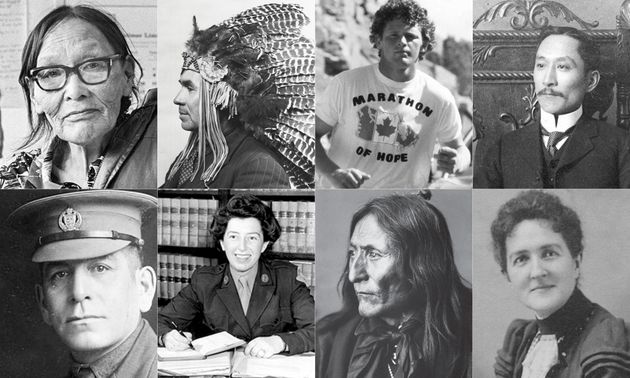 The Canadian $5 bill is getting a facelift.

Earlier this year, the Bank of Canada announced it was redesigning the bill, which currently features Canada’s seventh prime minister, Wilfried Laurier.

The makeover follows a 2016 campaign to redesign the $10 bill, when civil rights activist Viola Desmond was chosen for the new banknotes, which debuted in 2018.

To get on the bill, a person must meet three qualifications:

The Bank took nominations from Canadians earlier this year, and hundreds of names were put forward. On Monday the Bank of Canada released the eight-person shortlist of possible new faces for the $5 bill. Here is what you need to know about them:Probably the most familiar figure on the list to Canadians. Terry Fox ran his Marathon of Hope across Canada 40 years ago to raise awareness for cancer research. He never finished the run after the cancer reached his lungs, but raised nearly &25 million for cancer research..

Probably the most familiar figure on the list to Canadians. Terry Fox ran his Marathon of Hope across Canada 40 years ago to raise awareness for cancer research. He never finished the run after the cancer reached his lungs, but raised nearly &25 million for cancer research..

Pitseolak Ashoona was a self-taught Inuit artist whose work has been showcased in galleries around the world. She created auto-biographical works depicting traditional Inuit life.

Also known by the literary pseudonym Françoise, Robertine Barry was the first female French-Canadian journalist. She was a staunch activist for women’s suffrage, secular education and victims of domestic violence.

Binaaswi was the most highly decorated Indigenous war veteran in Canadian history. He fought in the First World War and upon returning to Canada, assumed leadership  positions with the Wasauksing First Nation in Ontario and engaged in Inidgenous rights advocacy.

The first known Chinese-Canadian born in Canada, Won Alexander Cumyow was an advocate in Vancouver who worked to unite the city’s English-speaking and Chinese communities.

A grassroots humanitarian, Lotta Hitschmanova arrived in Canada as a Czech immigrant in the 1940s. She became well-known for her television addresses and appeals for support for humanitarian development projects around the world.

Crowfoot was a leader in the Blackfoot Confederacy and a key figure in Treaty 7 negotiations. He was well known for his diplomacy and for advocating peace between Indigenous communities and settlers.

Onondeyoh founded the first pan-Canadian Indigenous organization in December 1918. He was a key figure in advancing the protection and expansion of Indigenous rights in Canada.