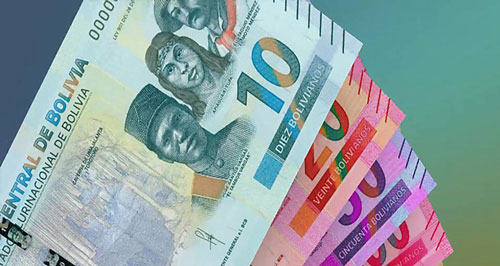 An article published today in Letra Fina shows fragments of the not yet issued new banknotes of 20; 50 and 100 bolivianos.

The article centers on the heroic women shown in the new banknotes.

Genoveva Rios, a 14 years old girl who saved and hid the Bolivian flag flying at the Police building in Antofagasta, during  the Chilean invasion in 1879. She will be shown in the 20 bolivianos banknote.

Juana Azurduy de Padilla, a heroine of the War of Independence, which will appear on the 100 bolivianos banknote.

Bartolina Sisa who with her husband Julián Apaza also known as Tupac Katari, led in 1781-82 a rebellion of some 150,000 Aymara-Quishwa Indians against the Spanish. She was captured, tortured, hanged and quartered in 1872. Her portrait will appear in the 200 bolivianos banknote.