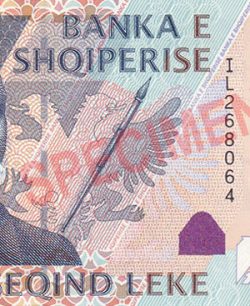 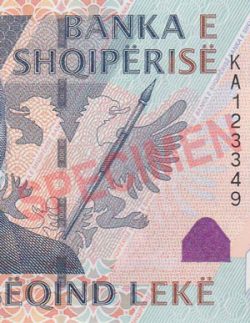 The main difference with the 2007 banknote is that a dieresis or umlaut has been placed on the last E of lekë and Skiperisë.