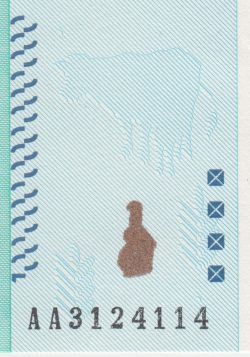 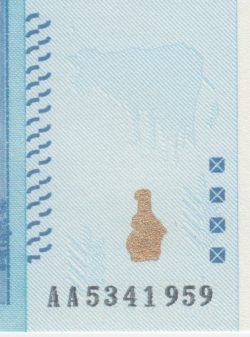 Marketing and speculation has sent their price from a few U.S. dollars each to over USD100.00.

Now some enterprising persons have produced forgeries. The one we publish today thankfully is very easy to spot. The main details are:

Printing: the original ones are lithographed, with very clear background lines; the plates for the forgeries are made by four color color process, with the illusion of neat lines is made by dots, which are visible using a simple magnifying glass.

Serial numbers: They lack clarity in their borders, and the last three digits are separated, which indicate that two number blocks were used, instead of a numbering machine.

Optical variable ink eagle at lower right of front: Does not change color when tilted.

Color: the color of the forged notes is a cleaner blue in the good ones.