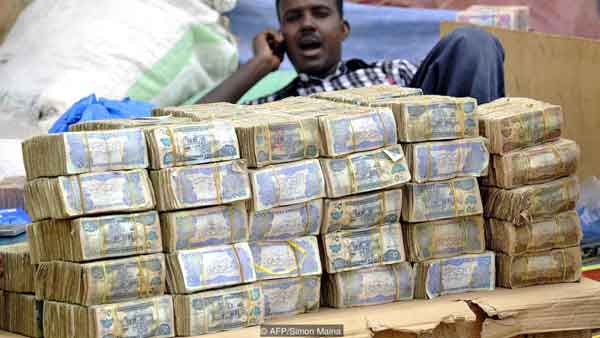 In Somaliland almost half of the cash transactions are now settled by using mobile phones instead of cash. In practice there are two paralell currencies, the Somaliland shilin issued by Baanka Somaliland (the central bank) mostly in banknotes of 500 (SMS500.1) and 1000 shilin (SMS1,000.1); and United States dollars electronic balances, issued by two companies, Zaad and e-Dahab. In a society where everybody including beggars use mobile phones, this system has clear advantages over cash. At the prevailing rate of about 9,000 shilin per dollar even small payments require large quantities of 500 and 1,000 shilin banknotes. Merchants count currency by the bale. On the other hand, purchases paid by mobile phone merely require entering the amount to be paid and the number code of the payee’s account. Each mobile phone is a wallet.