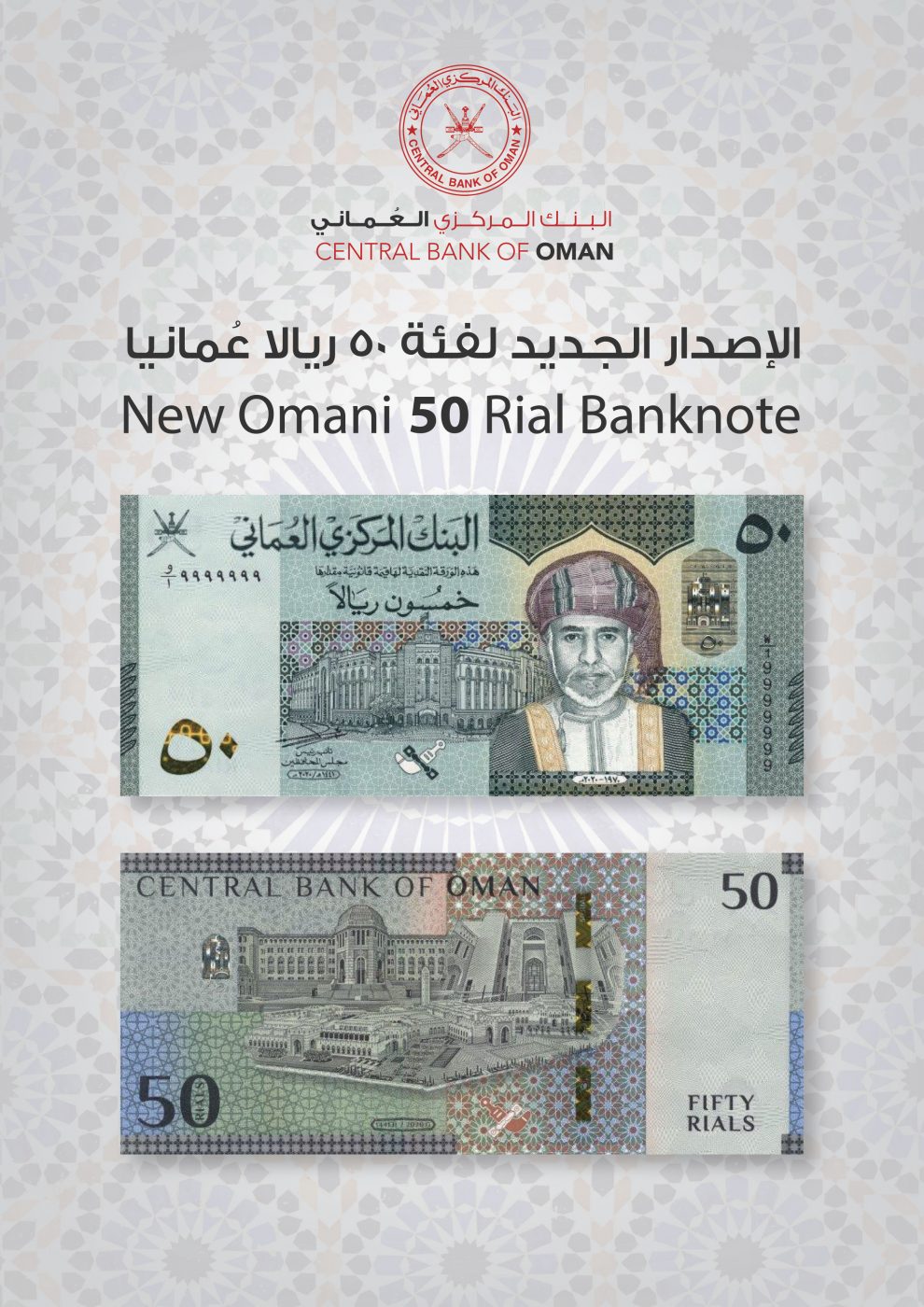 You saw it first here!

The Central Bank of Oman announced today that it will issue this month a new banknote of 50 rials of the Sixth Series (OMR50.5) to commemorate the 50th Anniversary of the rise of the Modern Omani Renaissance, and in memory of its founder, the late His Majesty Sultan Qaboos bin Said bin Taymur.

The Central Bank will complete the Sixth Series in the last quarter of the year with the release of the following denominations:

In the back it shows the buildings of the Council of Oman, the Supreme Court and the Ministry of Finance.

The security features are:

1. A golden security patch window on the right side of the banknote depicting:

2. A shiny, multicolored security patch on the left side in the form of the numeral 50, depicting moving elements of color shifting gradually from green to gold when the banknote is tilted.

3. Three watermarks on the left, which includes a portrait of the late His Majesty Sultan Qaboos bin Said, and the numeral 50 printed in Arabic twice; both revealed under any light source.

4. An ornamental pattern in seven repetition with intaglio printing on the left and right sides; aids the blind and the visually impaired to recognize the value.