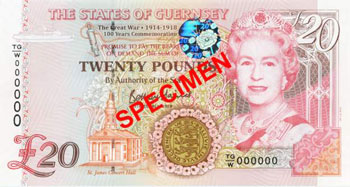 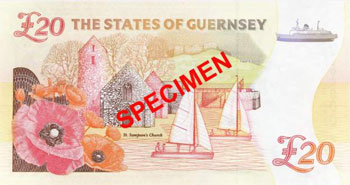 The States of Guernsey Treasury has issued yesterday a new banknote of 20 pounds (GSP20.6) to commemorate the Centenary of the end of the Great World War of 1914-18.

The quantity to be issued is 500,000 notes, which carry the serial letters TG/W, for The Great War.

While the design and colors are somewhat similar to the previous notes, this one has a commemorative legend in the front, and several poppies, which since 1921 are use to remember the soldiers fallen in that war.