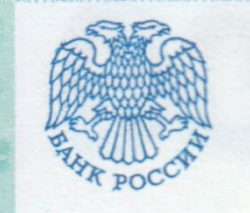 The Central Bank of Russia has decided to use the national arms instead of its own emblem in the new banknotes that are planned for release in October. The coat of arms of the Russian Federation was not yet designed when its first banknotes were issued, thus the one of the Bank Rossiya was used instead. Now that the national coat of arms is available, it will be used on the new banknotes of 200 (RUB200.1) and 2,000 rubles (RUB2,000.1.)  Alexander Yurov, Director of the Department of Cash Circulation of Bank Rossiya, also informed that the new banknotes will be printed on cotton paper reinforced with polymer. The World Cup commemorative note (RUB100.5) to be issued in the first quarter of 2018 will be printed on polymer substrate.